The start of the long journey – Moving up to base camp, Everest North Side

The strike in Kathmandu did not last as long as it was planned and we received green light to move up to the base camp as planned on April 9. However, before we left, Lhakpa and I went see a lama that morning to receive the blessing for our journey. This is an important Sherpa custom and there will be at least one other ceremony once we are at the mountain. Around 9:30am, Lhakpa and I finally left Kathmandu in a bus full of expedition gear. We arrived in Kodhari about four hours later and crossed the border by foot across the Friendship Bridge. We spent the night in Zhangmu, the border town on the Tibetan side. The next morning we drove to Nyalam and spent two nights there, for acclimatization reasons. We also did a short hike and had a great view of some Tibetan peaks, including Shishapangma. On April 12 we drove to Tingri, the last stop before base camp. 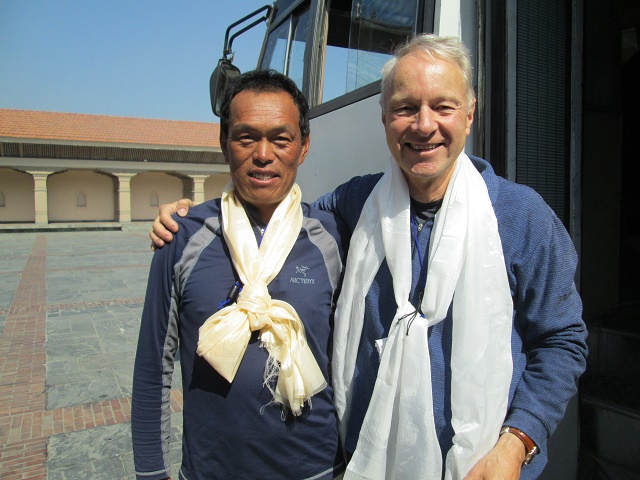 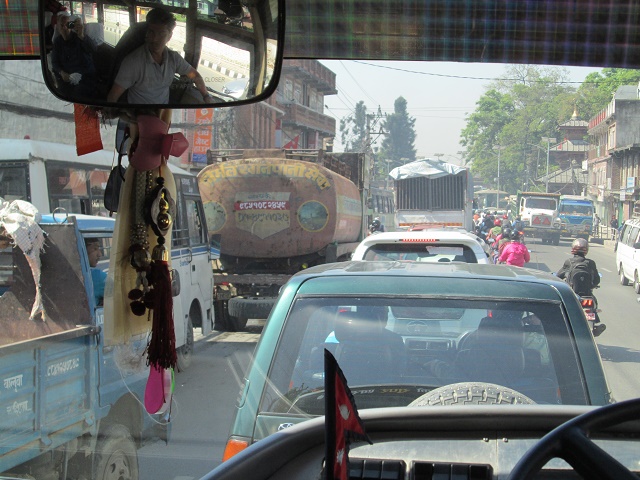 Who again has the “right away”? 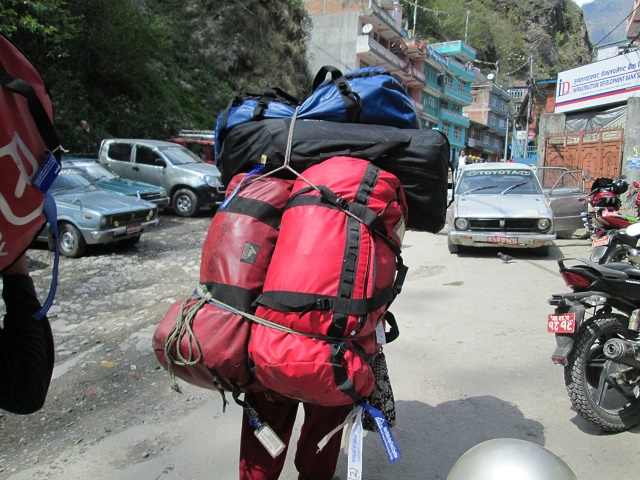 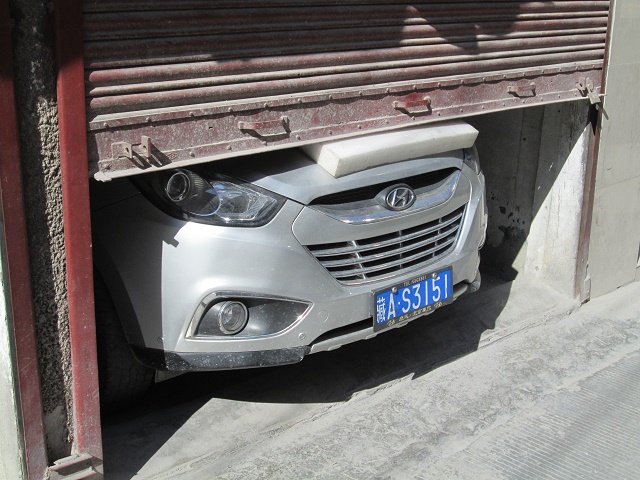 There is always a solution to any problem – Right?

Tingri used to be an important trading place for the Khumbu Sherpas and they traveled from places like Nanche Bazar in Khumbu with their Yaks in about a seven day trip across glaciers and high passes to sell potatoes and would buy salt, wool and flour in Tibet. We spent again two nights in this town and it was great to visit several local tea houses and some other typical buildings. The Sherpa language and the Tibetan language are very similar, so communication was never a problem for Lhakpa. The reason for this is that the Sherpa people originally also came from the area of Tibet and they moved down to Nepal and India about 500 years ago. Lhakpa with his Tibetan friend in a tea house in Tingri 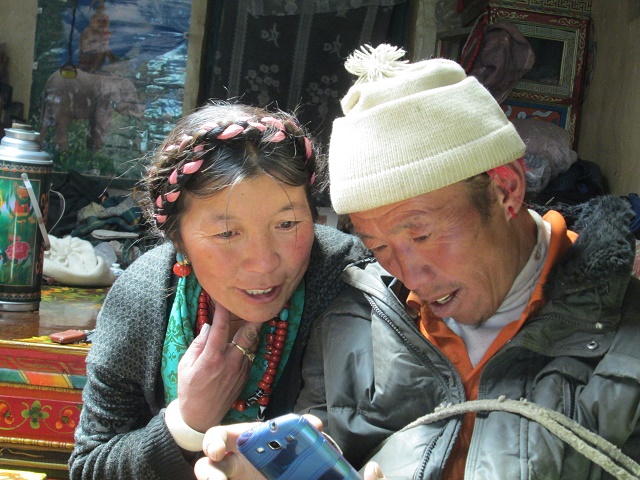 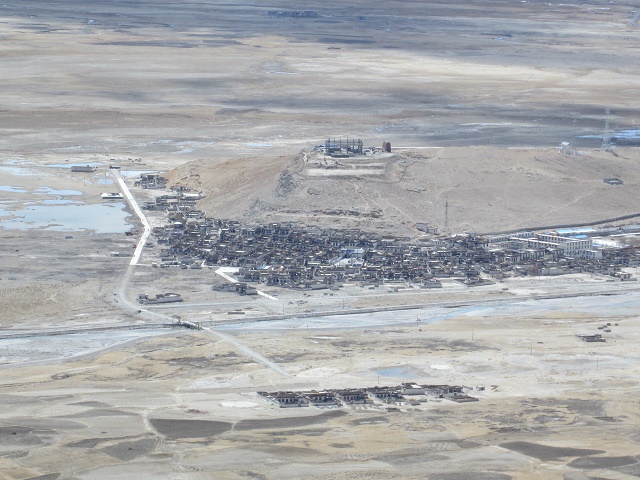 It is always nice to see children On the second day we also did a short acclimatization hike in the area and visited Old Tingri, which really still looks like a typical Tibetan town. It was really very special for me to travel together with Lhakpa in this area. First of all this was the beginning our Everest journey together since he will support me on my summit quest, and second it was much easier to go around in Tibet with him. We went into so many typical places which I would never have found by myself. Also, he has some friends in the area of Tibet which made the whole trip even more exciting. On April 14 we left Tingri for Everest base camp and arrived there after about a three hour drive on a bumpy road across a the beautiful Tibetan highlands. However, before we went to the camp, we stopped at the Rombuk Monastry and Lhakpa did his offerings and later we had some Tibetan tea offered by one of the monks there. Once at the base camp, it was great to spend the time with the many Sherpas, who were already there, experience once again how hard they work to make every expedition as comfortable as possible for the clients. It is just unbelievable to see how hard they work in this extreme harsh environment.  These are really wonderful people! It is a long and dusty way to base camp… Last stop before the Everest base camp – The Rombuk Monastery Visiting the inside of the Rombuk Monastery – Just amazing… Kari’s base camp at the  Everest Nord Side – Quite impressive The next day the team arrived in base camp and it was fun to see everybody again and I am sure that we will have a lot of fun in the coming weeks together. Now the expedition will really start. My sleeping place for the next six weeks or so… 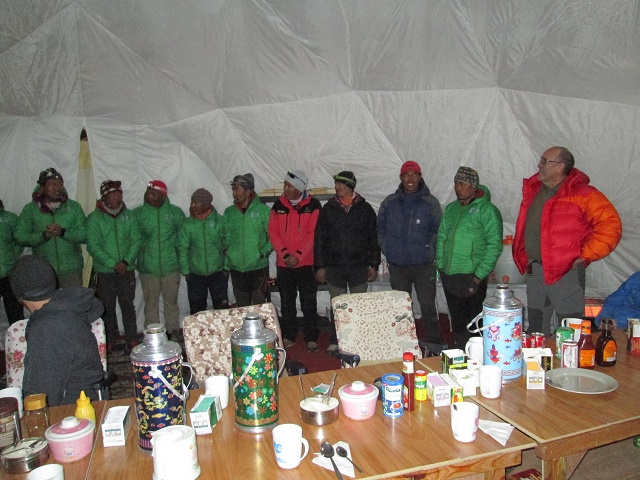 The real heroes of the mountain – The Sherpas The team – We will spend some exciting moments together